SOUND Control MC member Dr Štefan Vilček representative from Slovakia has been awarded by Premium of Literature Foundation, Section of scientific literature in Slovak Republic for his book “Bovine Viral Diarrhoea – control programmes, principles and practical experiences”. Congratulations to Dr Štefan Vilček for his work and his significative contribution to the field.

When bovine viral diarrhoea virus (BVDV) was recognised as the causative agent of serious health problems in cattle BVD control and eradication programmes were started in many European countries. The voluntary vaccination of cattle herds was only partially successful. The next step in control and eradication was based on the elimination of persistently infected (PI) animals from selected herds. The earliest BVD eradication programmes were launched in Scandinavian countries using serological investigation as a tool for the recognition of the epidemiological situation together with virus testing and elimination of PI animals from all herds. Other countries seeking to eradicate the virus had to take into account specific factors such as high densities of cattle, high seroprevalences of BVDV antibodies and the widespread  mobility of animals. These factors as well as the development of more sophisticated diagnostic methods and application of computer techniques, have led to simplification of BVD control programmes based on the identification and elimination of PI animals with no serological testing. BVDV eradication programs have been successful in Scandinavian countries and Lower Austria and they are at the final phase in Switzerland, Germany, Ireland, Belgium and Scotland. BVD control programmes in several other western European countries are in progress. Similar programmes in Eastern European countries are in the early phase of development or they are being prepared.

This book describes the experience for BVDV eradication programmes in selected countries following personal reviews with specialists in Sweden, Lower Austria, Switzerland and Germany. Global information on BVD control programmes in Europe has been summarized in the final chapter. Basic principles of a BVD control program for Slovakia have been included at the end of the book. 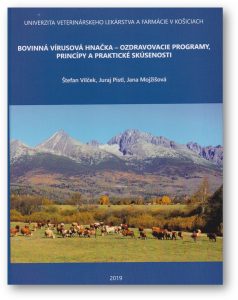