I had the chance to perform a Short Term Scientific Mission (STSM) in The Netherlands on the scope of the activities of working group (WG) 4. I spent a week and a half at Utrecht University to learn more about information needs that must be considered on the sphere of output based surveillance.

During this time I focused on: a) reporting the discussions that took place during the WG4 meeting in Warsaw and outlining the activities to be conducted in the future; b) summarizing the findings from the workshop we conducted in Warsaw; c) conducting a short literature review on the topics that were raised as relevant information needs for cattle trade in the context of non-regulated diseases. The STSM results will be presented in London, during the next WG1 meeting (March 2020).

Most importantly, I realized that animal language is not universal across Europe (please, see picture). A hidden barrier to cattle trade in Europe? Something to be further investigated…

I would like to thank the entire team at the Unit Farm Animal Health of the Faculty of Veterinary Medicine of Utrecht University for their hospitality. In particular, I would like thank Mirjam Nielen, Annika van Roon, Gerdien van Schaik and Inge Santman-Berends for their supervision and support throughout my stay. 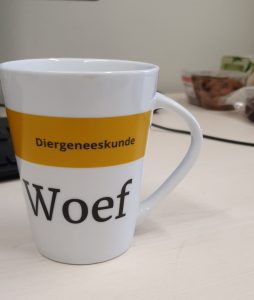